Opening later this month to catch the tail end of baseball season is Larry’s Deli, which is entering the East Village at 323 7th Avenue. The new 1,400-square-foot eatery is owned by J Street Hospitality and operated by Azul Hospitality Group, the partners behind The Nolen, the Gaslamp’s rooftop cocktail lounge. 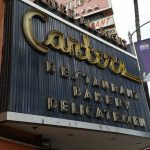 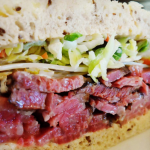