RC Provisions customer Wax Paper “explodes from its Frogtown box into a second new space,” according to Eater:

Frogtown sandwich hit Wax Paper is on the move, jumping from its admittedly claustrophobic digs near the LA River in Frogtown to a big second new storefront in the thick of Chinatown. The expansion onto Broadway’s golden United Foods Building will keep the tucked-away original location in place, while adding something like four times more square footage to their arsenal. 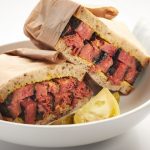 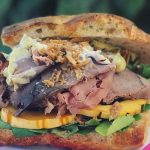