Named Best Deli in Boston in 2018 by Boston Magazine, Our Fathers may be Boston’s best competitor against the old-school Jewish delis in New York City and general manager Andrew Znidarsic isn’t afraid to say it. “There is no better pastrami in the county,” he asserts confidently. “It’s ballsy to say with Katz Deli in New York City and Langer’s in Los Angeles, but I really believe it.” 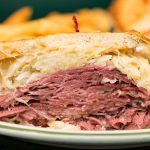 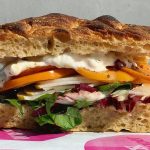